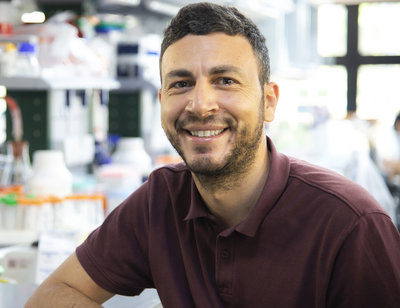 Gennaro Napolitano's research has mainly focused on cellular signaling pathways in human genetic disorders. He has authored numerous publications in high-impact peer reviewed scientific journals. His research is currently funded by Telethon, AIRC and the Italian Ministry of University and Research.


The main focus of our lab is to understand how the aberrant activation of metabolic signaling pathways underlies the pathogenesis of human genetic diseases. We are particularly interested in the study of the lysosome, a key organelle with nutrient sensing and signaling functions. Mutations in genes crucial for lysosomal activity lead to a class of diseases, defined lysosomal storage disorders (LSDs), which are characterized by alterations in metabolite availability and signaling. Moreover, deregulation of lysosomal activity and metabolic signaling is often observed in cancer cells, serving as an adaptation mechanism that allows cell survival and growth in the crowded tumor microenvironment. We employ cell biology, proteomic, metabolomic and gene editing approaches to understand how cells sense and signal fluctuations in nutrient availability and how deregulation of these processes is involved in disease pathogenesis. Our ultimate goal is to leverage these findings for the discovery of novel therapeutic targets in inherited metabolic diseases and cancer. I study the basic signaling mechanisms controlling nutrient sensing and how dysfunction of these processes underlies disease conditions. Our ultimate goal is to leverage these findings for the discovery of novel therapeutic targets in inherited metabolic diseases and cancer.