These events showcase our values as a non-profit organization, transparency and efficiency in pursuing our goals. This not only allows us to present our organization's identity to the world, but it also increases the public's confidence in our mission.

Interaction with the community and maintaining our reputation allows us to sustain our research, as the public's generosity is an important source of funding. Without society's contribution, we would not be able to provide valid hope for a cure.

Every year Telethon organizes the Walk of Life in several Italian cities, inviting all interested members to sign up to walk or run in the marathon. Participants make a small donation in exchange for a knapsack, a chance to learn about our cause and the unforgettable and priceless experience of helping others. This event not only raises awareness by sharing the stories of various patients affected by the very diseases which we try to overcome, but is also pools additional funds for Telethon. Telethon partners with various national companies that agree to contribute a product to the kit that is included in the knapsacks distributed to participants. We at TIGEM look forward to participating in Walk of Life- Naples every year.

Who does Walk of Life benefit?

Telethon's field of research interest is rare genetics diseases. These disorders primarily affect children and young adults, the general age group of diagnosis, as many of these diseases may lead to decreased lifespan and increased physiological disability. The primary objective of Walk of Life is to promote awareness of these rare diseases and share the stories of some patients diagnosed with a rare disease. Telethon's sole purpose is to fund research in order to make therapies for such diseases possible. Donations made through Walk of Life go directly to Telethon and fund research in some shape or form.

As suggested by the name of this event, one of TIGEM’s priorities is to share the purpose of its initiatives.

On an annual basis, TIGEM welcomes local pupils, teachers, and science enthusiasts to tour our facility and learn more about the Telethon mission and the ways in which we try to fulfill it.

Visitors are given basic mini lessons related to biology and research and then are invited to visit laboratories to try to use some simple techniques and experience the excitement of seeing experimental demonstrations.

This crucial event not only helps us to promote transparency and awareness of genetic disorders, but it also encourages students to gain an interest in science and thus help them to choose a career path that may allow them to help others through their efforts. 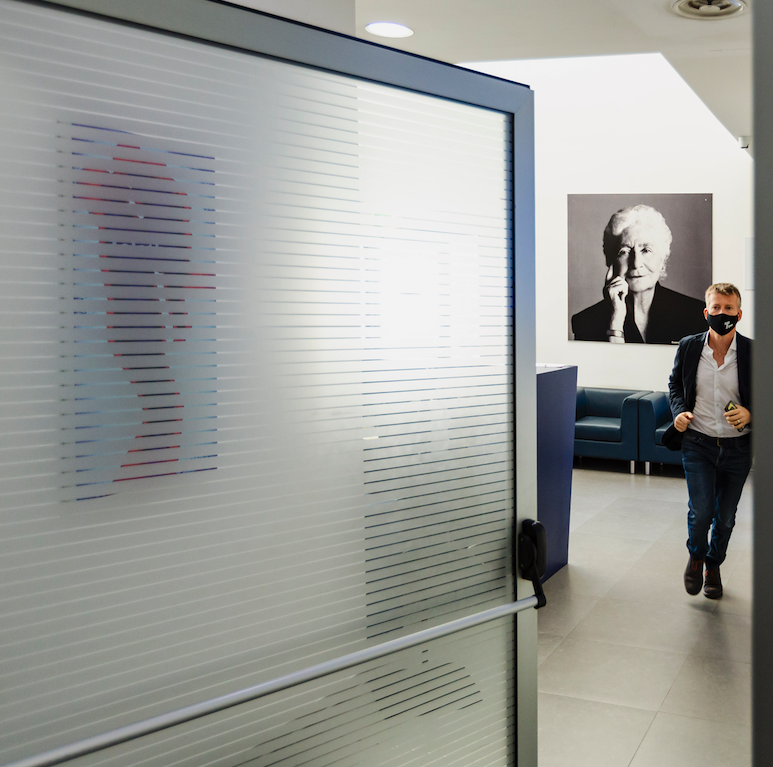 In addition, our students are posed with the challenge of expressing their research in simpler terms while remaining articulate at the same time.

PhD students must be able to explain their research, ideas, and scientific information in order to have successful research and/or teaching careers.

Every year TIGEM has the opportunity to contribute to fund-raising in the annual Telethon Marathon.

The Marathon runs for a week on national Italian television, sharing the initiatives of Telethon Institute and the stories of the many patients that benefit from its efforts.

This event is extremely important because it increases general awareness of rare genetic diseases; unfortunately, these disorders are universally neglected by the pharmaceutical industry and load governments.

Telethon derives its name from this annual event (a portmanteau of the words “television” and “marathon”), and is a good opportunity to involve all of its personnel.

Many students, for example, take the fundraising events into their own hands and appear on the program to discuss their studies and findings. These talks are accompanied by professionally produced short narratives, which share the stories of some patients struggling with rare genetic disorders.

The generosity of the public results in a
large contribution to our annual funds, highlighting the importance of creating awareness of
rare genetic diseases on a national scale.

The Scientific Office is the principal agent responsible for interacting with the public and coordinating all affairs related to dissemination and outreach.

Dissemination and visibility within the community allow TIGEM to share its initiatives in an open manner. Our activities reach the public in a variety of ways, allowing the community to see how we operate within our ethics code. Carrying out research that has the possibility to change lives comes with a responsibility that we respect and treat with the upmost care. Not only do we adhere to a code of research ethics in our scientific activities, but we welcome the public to get to know our institute.

To share the purpose of its initiatives, TIGEM welcomes volunteers and primary, secondary and high school children to its facility in a monthly guided visit.

Just as with TIGEM Open Doors, school children and Telethon volunteers are given basic mini lessons related to biology and research and are then invited to visit laboratories to learn about some simple techniques and experience the excitement of watching an experiment unfold. TIGEM takes advantage of the research centers and scientific entities in the area as a way to reach the public, especially for the purposes of creating awareness of our research.

We often send our researchers to academic settings to interact with groups of students.

We often collaborate with schools in order to help students develop their interests. Many of our PhD students and researchers are involved in our Career Orientation project. It comprises organizing regular trips to local schools and giving small presentations and demonstrations to high school students. Students who are already interested in science or students who are not sure what kind of career to pursue may gain inspiration from such visits, which is important for the future of research.

Our researchers visit this museum and participate in some of the demonstrations and also present some of the important highlights of TIGEM's projects.

This is not only important for vocalizing our efforts and involving the public, but it gives our researchers another opportunity to learn how to present their projects in a way that is easy for all groups to understand or relate to; in order for the public to understand and appreciate the efforts behind research, this is crucial.

TIGEM also collaborates with local organizations such as The Città della Scienza ("The City of Science").

This local scientific museum offers demonstrations, guided visits and seasonal exhibits, welcoming schools to learn about all things science.
Our researchers visit this museum and participate in some of the demonstrations and also present some of the important highlights of TIGEM's projects.
This is not only important for vocalizing our efforts and involving the public, but it gives our researchers another opportunity to learn how to present their projects in a way that is easy for all groups to understand or relate to; in order for the public to understand and appreciate the efforts behind research, this is crucial.