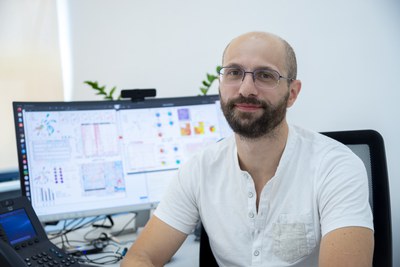 
Our research goal is to understand the role and significance of genomic and non-genomic alterations that occur in cancer diseases (in particular Breast cancer and Lynch Disease) by using systems biology approaches.

Tumours are complex ecosystems characterized by a high degree of genomic, epigenomic and transcriptional variability (i.e., intra-tumour heterogeneity). Thus, therapies targeting early clonal alterations present at all
sites of the disease often have only short-term effects and drives the selection of resistant, rare and more aggressive sub-populations of cancer cells.

We therefore use system biology approaches to identify novel biomarker genes implicated in drug responses. This approach is extremely useful as it allows an individual patient’s genomic disease signature to be effectively translated into the most effective therapeutic intervention to apply. For example, we have shown that machine learning can be used to detect expression-based biomarker genes of drug sensitivity. This information can be used to predict from single-cell transcriptomic data which combination of compounds should be used to kill co-existing heterogenous sub-populations of breast cancer cells.

While we continue to characterize novel drug response biomarker genes, we also use them to (1) elucidate mechanisms of drug resistance; (2) assess the role of tumour heterogeneity on drug response and (3) to develop novel computational methods in the framework of precision medicine. Computational machine learning combined with human decision making, I believe, is the road we have to pursue for effective and individualized treatment.