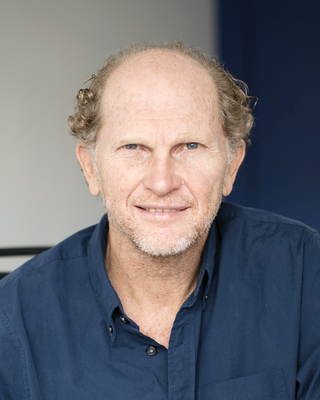 Prof. Ballabio obtained his M.D. degree at the University of Naples, where he completed his residency in Pediatrics. After working as post-doctoral fellow at the Institute of Genetics and Biophysics in Naples and at Guy’s hospital in London UK, in 1989 he moved to the Department of Molecular and Human Genetics of Baylor College of Medicine in Houston TX USA, where he became Associate Professor and Co-director of the Human Genome Center. He moved back to Italy in 1994 to become the founding director of TIGEM. He has published over 360 articles in international peer-reviewed journals and contributed to 19 chapters of prestigious international books such as "Harrison's Principles of Internal Medicine" and "Molecular Bases of Inherited Disease". He is “inventor” of 7 international patents. Prof Ballabio has been a member of many committees of international bodies, such as the European Commission, the European Research Council and the EMBO Council. He is a former President of the Euopean Society of Human Genetics. He is a Co-Founder of Casma Therapeutics in Boston USA and an Advisory Board member of Next Generation Diagnostics and of Avilar Therapeutics. In 2007 he was awarded the title of Commendatore della Repubblica Italiana and received the silver medal for merit. He is a two-time winner (in 2010 and 2016) of the European Research Council (ERC) Advanced Grant. In 2016, he was the first scientist in Italy to receive the prestigious Louis-Jeantet Prize for Medicine for his contribution to understanding the molecular mechanisms controlling the function of lysosomes in health and disease. In 2020 he was awarded the title “Grande Ufficiale” of the Italian Republic. He is the 2021 winner of the Feltrinelli prize in biology of the Accademia dei Lincei.

The lysosome has always been viewed as a “static” organelle that performs “housekeeping” functions. Discoveries from our laboratory have challenged this view by revealing that the lysosome is a dynamic structure subject to a global transcriptional regulatory network able to adapt lysosomal function to environmental cues. We identified the transcription factor TFEB as the master regulator of this transcriptional program (Science 2009, 325(5939):473-7). Importantly, we demonstrated that induction of lysosomal biogenesis and autophagy via TFEB is a potent tool to promote cellular clearance (Science 2011, 332(6036):1429-33; Dev Cell 2011, 3;21(3):421-30). Over the last decade, we have also contributed to the elucidation of the mechanisms by which TFEB activation is modulated. We discovered that TFEB subcellular localization and activity are regulated by the mTORC1 kinase through a lysosome-to-nucleus signaling mechanism (EMBO J. 2012, 31:1095). This regulatory pathway allows the lysosome to respond to environmental cues such as starvation, physical exercise, infection, and a variety of stress conditions. We also have identified a feedback loop mechanism by which TFEB is not only a substrate but also a regulator of mTORC1, by promoting the expression of RagC/D GTPases (Science 2017, 356(6343):1188-1192). We discovered that in cancer, this feedback loop enables cellular adaptation to nutrient availability and supports the energy-demanding metabolism of cancer cells. More recently we showed that TFEB phosphorylation by mTORC1, unlike the “canonical” mTORC1 substrates S6K and 4E-BP1, is regulated through a specific substrate-recruitment mechanism that is mediated by RagGTPase/TFEB interaction. We revealed that this mechanism has a crucial role in Birt–Hogg–Dubé syndrome, a rare inherited cancer syndrome that is caused by mutations in the RagC/D activator folliculin (FLCN) and that TFEB is the main driver of renal cysts and cancer in this disease (Nature 2020, 585:597–602).
Many biological questions remain and are the object of our current and future research: Which stimuli and proteins activate the TFEB-substrate-specific mechanism? What molecular and metabolic programs downstream of dysregulated mTORC1-TFEB signaling pathway are key to the development of human diseases? How can we target the mTORC1-TFEB pathway for therapeutic purposes?
We are tackling these questions by using ‘omic’, in vitro and in vivo approaches. While studying medicine I was fascinated by how research could lead to the discovery of disease mechanisms.  As a young pediatrician, I took care  of children affected by genetic diseases, some of them serious and still without therapy, I felt the urge to act, to do something to help, and I knew that the way to make a difference was to understand the biological mechanism. That’s how research became my passion.